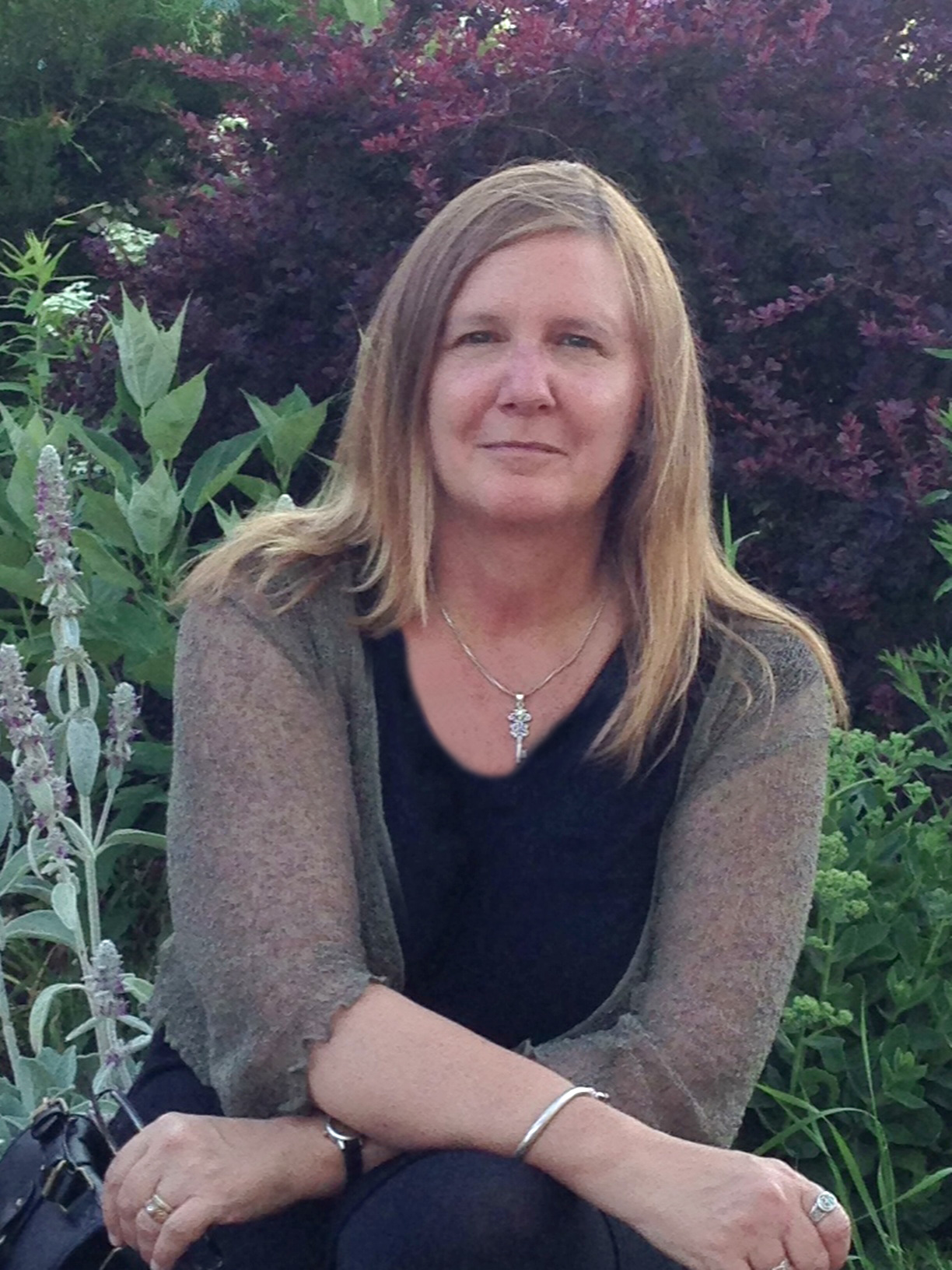 Rebecca is the Pastor of Common Ground Fellowship and the Executive Director of Springs Gate Ministries. As an avid learner and instructor, she holds a master’s degree in Philosophy and Jewish Studies. She offers specialized training for prophetic leaders in meditation, journaling, and hearing God’s voice. Rebecca is an author and speaker, sharing her expertise in Biblical Cosmology and Jewish thought. Her passion is to draw people into a deeper understanding of the times and seasons we are in to discover the mysteries and wonder of God’s nature.

Life gets busy. Before you know it time crunches can squeeze out what is really meaningful. You are not alone. Springs Gate Ministries has its roots in helping others discover and explore a personal relationship with God  in an atmosphere that encourages spiritual wellbeing.  Come and find the sacred space you’ve been looking for.

God, the very creative power at the center of the universe, is
loving and caring like a truly devoted parent. This love is not one
aspect of God….but the very organizing reality at the heart of
things. God is love.

The Church is in the midst of transition. We find ourselves at the cusp of new models as we move into 2022 and beyond. How do we adapt from an outdated hierarchical structure to one of “Orbital Relationship” as we move into this new time in church history? This is the beginning of Common Ground’s spiritual shift.

You are not here to be average. You are here to change the world. You are here to take part in the miraculous.  You were uniquely created for this purpose.  You are here to leave a legacy.  You are here to release that which has not previously been seen. It is time for us to take the desires of our heart by force. There are "6 degrees of separation", the power of strong and weak bonds and the value of orbital networking relating to your great purpose. John Paul Jackson

We are becoming a catalyst in Heaven's revolution as we break ground into new territory…as we partner with heaven to advance the Kingdom and awaken the world! “And the Lord kept adding to their number daily those who were coming to life…” 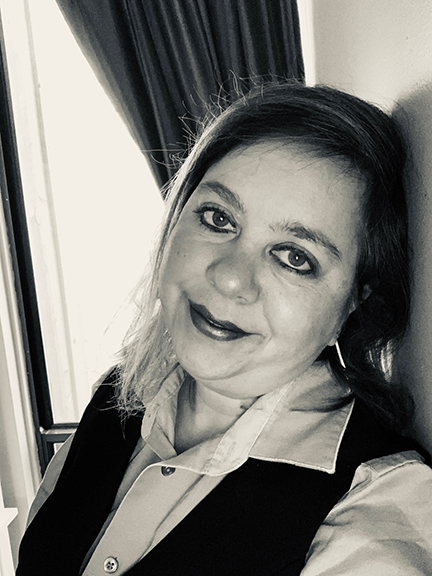 Born in England, Sarah grew up in New Haven, CT. Her father, Peter Rodgers, an Episcopal minister, taught Sarah Greek when she was young. She also taught herself Hebrew and French.

Through a series of supernatural events, the Lord lifted Sarah out of a downward spiral. While reading through the Gospels, Sarah heard the voice of the Lord call her name. She said, “Yes!” and never turned back! In 1999, she was led to North Carolina, where she met her husband, Logan, in 2000, while attending MorningStar School of Ministry. They moved to CT in 2001 for more training with YWAM, and then to Ireland to work on the mission field, sent out by Dr. Brian Simmons. They returned to the US in 2008 to adopt their daughter in VA. After 3 years in VA, Sarah and Logan moved to TX. They bought a farm and raised livestock. Sarah transcribed video and audio recordings for John Paul Jackson, while Logan worked for Streams Ministries full time. After years of prayer, Sarah gave birth to a son in 2015. In 2016, the family moved to Mexico for a year, then moved to Ohio. Now they live in Blue Rock, OH, near Zanesville. Sarah hopes to start a church here in the coming years. Sarah has also published 24 books under 2 pen names. 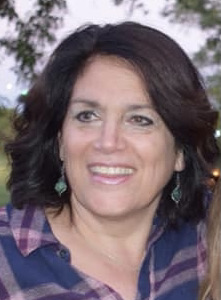 Lisa believes that everything in life has a spiritual connection and revolves around relationship with God and each other. Her heart is to help others grow in their identity and in wholeness Spirit, Soul, and Body. She is a seeker of God and believes He will speak to anyone who listens. As a prophetic teacher and dream interpreter, her desire is that each person would fully develop their relationship with God and others, creating unity while keeping individuality that can only be the one and only them.
Lisa and her husband Ken live in La Follette, Tennessee creating space for God’s rest and healing for all who wish to receive. Lisa has established the foundation for ministry through Keys to Whole Living. She has added Enneagram Certification to her tool belt to help others facilitate who they are, as well as, living out of Whose they are.  For more information go to:
www.keystowholeliving.com.
1 Thessalonians 5:23 CEV
I pray that God, who gives peace, will make you completely holy. And may your spirit, soul, and body be kept healthy and faultless until our Lord Jesus Christ returns.

The team at Springs Gate Ministries has a unified commitment to restore, rebuild and renew innovative expressions of God's nature because of our first love for Him.

We are a passionate group of artists, musicians, writers and innovators who are following the path God has given us for the purpose of dreaming new dreams and helping others find their spiritual destiny.

Whether were talking media, graphics or ministry, Dan is an artist extraordinaire. He has an uncanny ability to engineer design and sound with a gifted craft of wisdom and prophecy...Amazing!
Guided by God's voice, Dan has been the architect of Springs Gate Ministry and has the Father's heart for those at Common Ground Fellowship.

Sara’s a worshipper to her core, bringing a fresh prophetic edge and creative dimension to music and the arts. Sara is passionate about people connecting to God and each other in many ways and believes strongly that He’s always pursuing, speaking and revealing Himself to His people.  Stating, “We only need to listen.”  Sara serves the ministry by keeping everyone in the “know”.  What’s going on and what’s coming up.  She facilitates our musical worship experience and has a vision to see musicians and artists come together to serve, love and reveal God's heart to people everywhere.

A gifted teacher by trade, Catherine loves to see the “aha” moments in her students’ eyes and those she ministers to prophetically. Her unique humor and innovative perspective allow her to illuminate themes in the lives of others. Catherine has a wide variety of tools she uses to help people  reframe their thinking and discover their gifts. Her powerful seer gift makes way for her heavenly Father to bring understanding in everyday situations.
“Circumstances are transformed when we think differently about them.” Graham Cooke

Diane’s lifelong learning, includes a Bachelor’s Degree in Therapeutic Recreation, a Diploma in Counseling, essential oils, and healing ministry. All of these gifts and talents converge into her passion for the health and wholeness for every individual. She believes vitality is a daily process best realized by connecting first to the heart of our wonderful Creator and then with one another. Diane invites others, through attentive listening, to experience calmness, gentleness and acceptance. Her sensitivity to the prophetic has been used in all forms of healing.

Joel is a believer who has always been drawn to be a "small part of something big" in the kingdom of God.  He is motivated to speak the infinite love and life of God into every human heart through intercession and prophecy.  Joel believes we are all called to perform kingdom miracles  immersed in the "first love" of Father, Son, and Holy Spirit as we move in alignment with Him.

Everyone needs a faithful warrior in their camp. Fortunately, Springs Gate Ministries has one with Pat. Her reliance on listening to God and the wisdom she shares has been a priceless gift. Expressed in these words by Graham Cooke, "Prayer is about finding out what God wants to do and then asking Him to do it." That is exactly how Pat lives her life.

Sharie carries the joy of the Lord and uses it to minister a heart of compassion as God speaks to her through that joy. She has a disarming charm that makes people feel welcome. People are drawn to her childlike faith and purity of heart. She has a deep connection to the Lord and He speaks to her in dreams and everyday analysis, showing her the supernatural through the natural.